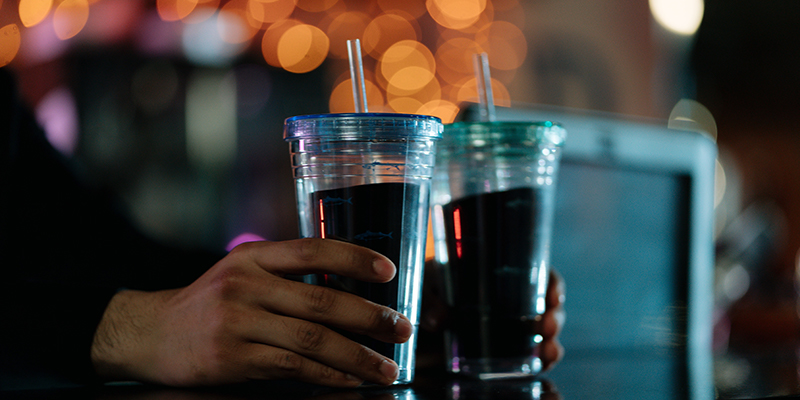 There seems to be hardly anyone in the world who hasn’t grabbed a bottle of sugary carbonated beverage to drink. Consumers are head over heels for these ‘refreshing drinks,’ but they may be dangerous for your health. As much sugar as 15-20 teaspoons worth is found in each can of your favorite soda. Sugar should be enjoyed in moderation, not to such excess. The extra sugar contributes nothing positive to your health and comes with the negative side effects associated with an overload of sweetener. You won’t have to worry about staying away from coke during summer if you replace it with a healthier option. Today, people are more conscious about health and fitness. At the same time, weight loss diets and gyms become more popular than ever. But drinking soda is still an issue for many. Soft drinks and sodas are nothing but bad news for your body. Let’s find out why.

Sodas and soft drinks contain a lot of sugar, leading to issues like obesity. The sugar in these drinks fails to reduce your hunger hormone or make you feel full, so when it’s consumed in the liquid state you are adding more calories. Studies show that people who regularly consume sugary beverages are more likely to gain weight. Some of the ill-effects of regular soda drinking include increased waistlines and weight gain.

Although sodas or sugary beverages might provide you with a feeling of sating your thirst, in reality they dehydrate you. Most sodas contain caffeine in high amounts. Caffeine is diuretic; meaning that it enhances urine production, which leads to frequent urination and dehydration. This also makes it difficult for the body to eliminate waste.

Sugar and acid in sodas decrease the health of your teeth. Several studies have proven that carbonic and phosphoric acids lead to tooth enamel loss, which results in decaying teeth. The risk becomes worse when you add sugar to soda- it creates a highly acidic environment that can ruin teeth faster than if you drank nothing at all.

Troubles for your heart:

Sugar does not have a positive impact on your heart. Numerous studies show this fact and one study showed that sugary beverages increase the risk of elevated blood sugar, triglycerides, and small and dense LDL particles which can lead to cardiovascular disease.

Draining off of minerals:

Drinking soda can lead to a lower bone density in women, especially the bones of their hips. Some studies have reported that regular soda drinkers had 4% less mineral density at their hips when compared to those who did not drink soda.

Sodas and sugary beverages when consumed frequently can adversely affect your metabolism. As a result, you gain weight and it becomes difficult for you to lose it. Your fat-burning capacity is decreased. The Framingham study was conducted among 9000 people over a period of 4 years. Researchers found that drinking sugary soda causes insulin resistance, which is a major factor leading to metabolic syndrome. Consuming one or more sugary beverages in a day were found to have a 48% higher chance of developing metabolic syndrome as compared to those who drank less than one, according to researchers.