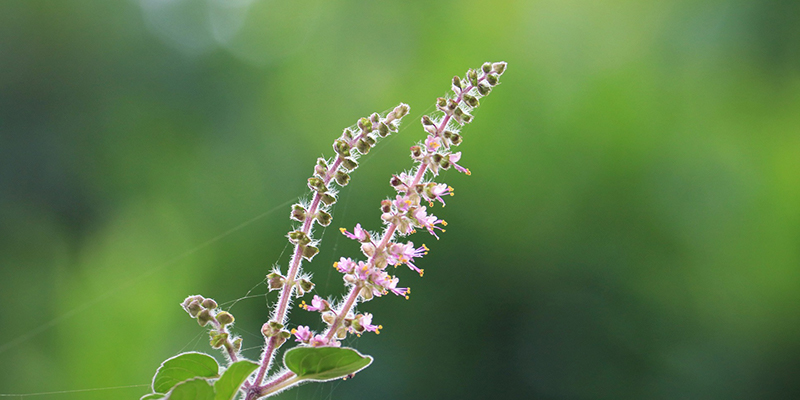 Don’t sin by missing out on this holy plant! Tulsi (also known as Holy Basil) is a herb that has been used in India for centuries with various uses described by the Ayurveda. Tulsi juice, which is made from the leaves of the tulsi plant, is well-known for its health benefits and many people drink it every day. In this blog post we will discuss about health benefits of drinking tulsi juice.

The tulsi plant is known for its immune-enhancing properties. This was first documented in a study performed by Usha Rani and her colleagues at the Department of Pharmacology, Madras University (Nair et al., 1985). In this experiment, mice were injected with an extract made from fresh leaves of Ocimum sanctum (tulsi) or Holy Basil and the mice were then injected with a chemical called “Lipopolysaccharide” which is known to cause inflammation. When compared to control, it was found that Tulsi leaf extract reduced mortality in animals by 42%. It also lowered serum TNF alpha levels (a pro-inflammatory substance), leukocyte count, platelet aggregation and blood clotting time during septic shock. The key take away here: Tulsi juice can help you fortify your immunity and build up your body’s defenses against pesky pathogens.

In a study published in 2011, scientists at the Department of Pharmacology at North Maharashtra University investigated how tulsi juice could reduce inflammatory markers such as cyclooxygenase enzymes (COXs). Cyclooxygenases are responsible for producing prostaglandins like PGE(X), which play a critical role in the body’s inflammatory response. Results were promising: tulsi juice reduced prostaglandin production by almost 40%.

Tulsi is known to contain nicotine, and there have been several studies that indicate it can help you quit smoking. According to Ayurveda , this herb also contains compounds like vasicine and eugenol (which act as stimulants) as well as hordenine (an alkaloid with analgesic properties). These chemicals might be responsible for its ability to boost moods, control anxiety and calm your nerves, all important factors when trying to kick addictions. The blood vessels of smokers who consume large amounts of tulsi have also been found to dilate up to 70 percent more than those who do not. This is important because when blood vessels expand, the flow of oxygen and nutrients increases in that area—which means an improved supply for your body’s tissues.

A study found that people who consumed 100mg/day had decreased cortisol secretion compared with those who received placebo over an eight week period . Another study showed participants experienced significantly reduced stress after consuming tulsi tea twice a day for two weeks.

Studies have shown that Tulsi has very high antioxidant levels, even higher than vegetables like carrots and spinach . It can help to reduce the risk of free radical damage in cells which can lead to illness and disease. This could be particularly beneficial for those who are sick or prone to sickness more often (like people with asthma). The antioxidants found within juice may also help improve eye health as well as protect against sunburns when taken orally or applied topically.